The Intergovernmental Panel on Climate Change recently released “Climate Change 2021, The Physical Science Basis.” This report is widely known to be the most thorough and definitive summary of global climate science research. The last time this report was compiled and released to the public was in 2013. This represents nearly a decade of climate science summarized in a single report.

The IPCC was created to provide policymakers with regular scientific assessments on climate change, its implications, and potential future risks, as well as to put forward adaptation and mitigation options.

Thousands of people from all over the world contribute to the work of the IPCC. For the assessment reports, IPCC scientists volunteer their time to assess the thousands of scientific papers published each year to provide a comprehensive summary of what is known about the drivers of climate change, its impacts and future risks, and how adaptation and mitigation can reduce those risks.

Today’s report represents the most up-to-date physical understanding of the climate system and climate change, bringing together the latest advances in climate science. 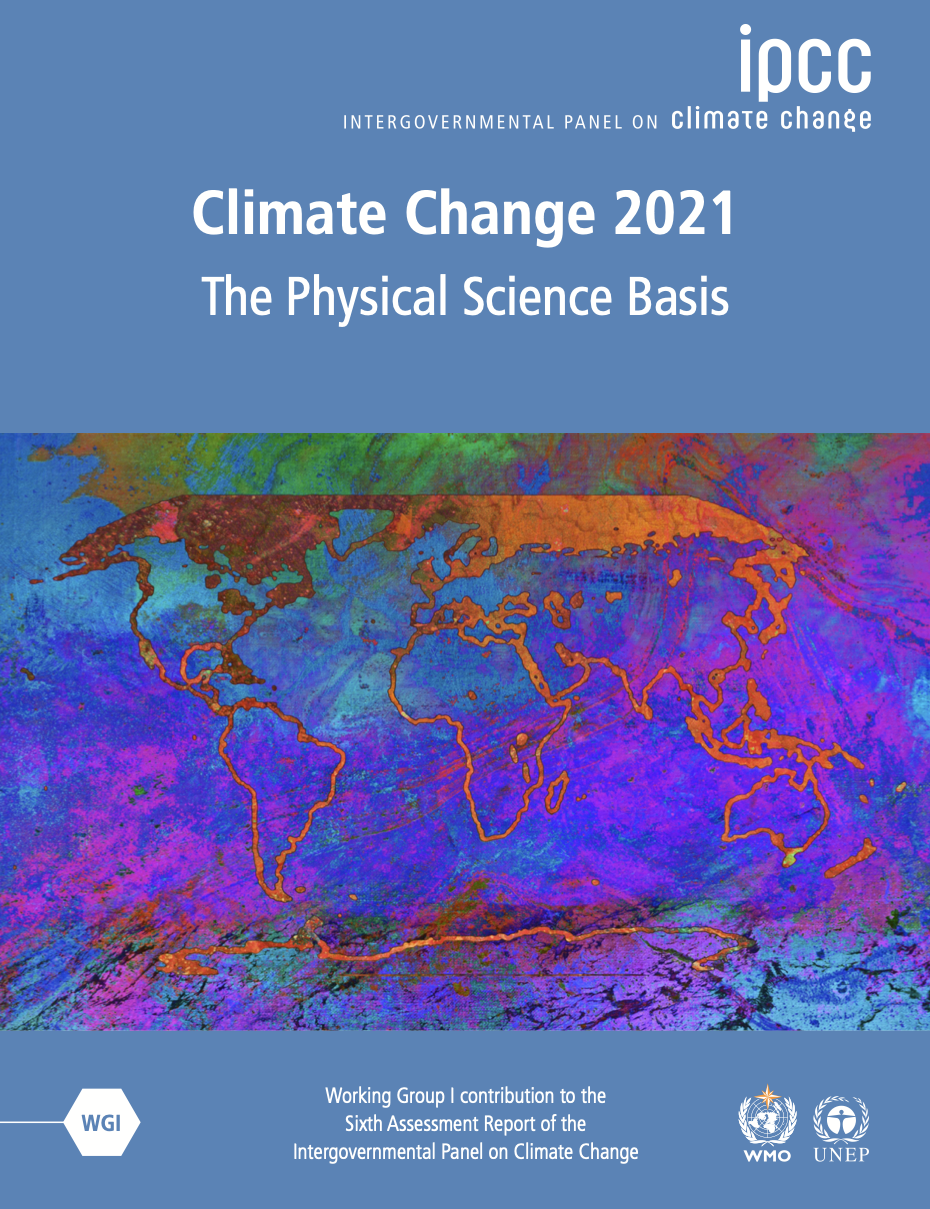 In addition to the societal implications outlined in the report, this release is also a wake-up call for the financial sector, global economies, and large/small businesses around the world. Particularly the report indicates:

Impacts from climate change will vary dramatically from place to place around the globe. It’s not one-size-fits-all. Impacts will be highly localized. Business planning must account for their specific geographic footprint.

It is virtually certain that hot extremes (including heatwaves) have become more frequent and more intense across most land regions around the world since the 1950s, while cold extremes (including cold waves) have become less frequent and less severe. While this is true in most locations, including the Western United States, it’s not uniformly true across the globe. The Central and Eastern United States carry particularly high scientific uncertainty.

Compound extreme events have also likely increased since the 1950s. This includes increases in the frequency of concurrent heatwaves and droughts on the global scale; fire weather; and compound flooding.

Businesses that are affected by extreme temperature (both hot and cold) and extreme precipitation (flood/drought and extreme snowfall) should include this assessment in their planning cycle and risk management approaches. Short-term operations can be adjusted to optimize revenue and minimize costs linked to extreme temperature. Longer-terms capital investments can optimize businesses for longevity. Risk management is a critical part of planning for these business cycles for large and small companies alike. 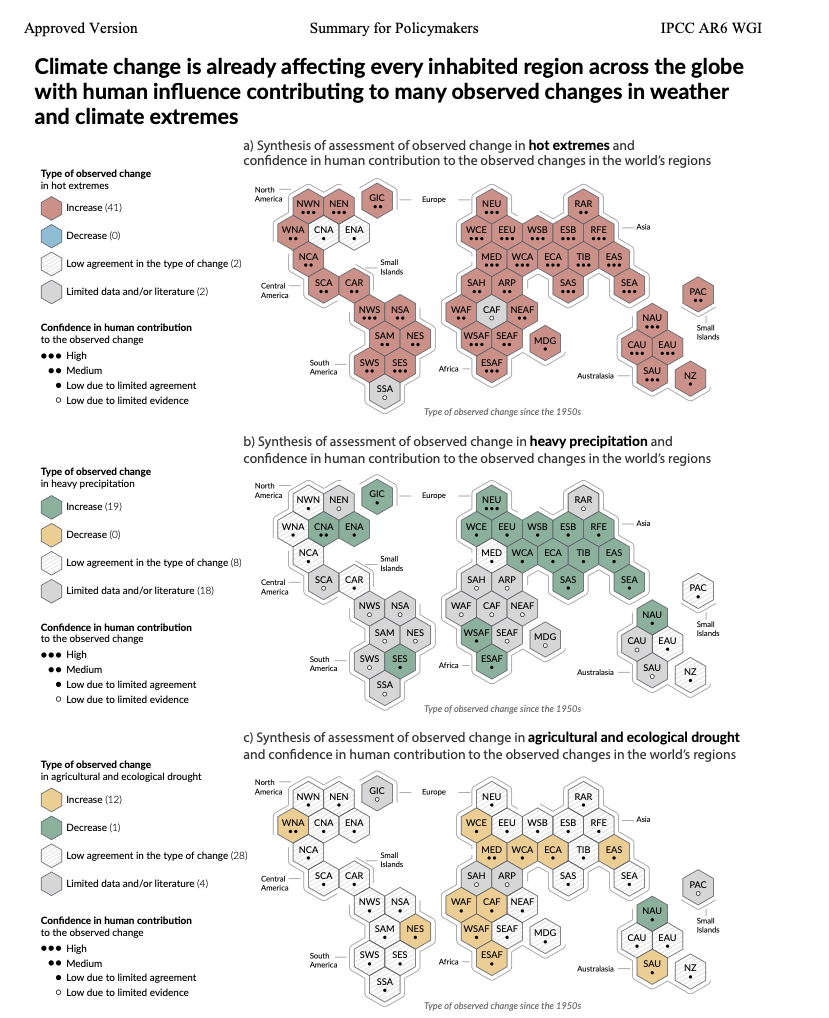 Municipalities, Universities, Schools, and Hospitals in the public sector account for over $7-Billion in manageable costs each year that are liked to snowfall in the United States alone. According to the IPCC, there is very high uncertainty as to temperature trends in the central and eastern United States (including places such as Chicago and New York) but precipitation events are getting heavier. This can lead to less predictability year-to-year in snowfall (i.e. boom and bust winters for snowfall). Public sector entities can build climate resilience by better managing their costs related to snowfall; they can lock-in fixed-price contracts from year to year to keep properties accessible and safe while also keeping budget predictability.

Property managers in the United States allocate over $70-Billion in manageable costs each year that are linked to mitigating the impact of snow and ice. According to the IPCC, there is high confidence that cold spells are decreasing in the Western United States. In some mountainous areas of the west, such as Lake Tahoe, snowfall amounts are extremely sensitive to very slight changes in seasonal temperature. Businesses, where revenue is linked to winter snow, should consider capital investments that position them for less year-to-year snowfall. Ideas include developing recreational opportunities in the warmer months and reducing the reliance on revenue from winter sports.

Demex is a cornerstone of this new ecosystem for climate-resilient risk management. We have built a first-of-its-kind platform for analyzing, pricing, and transferring climate-linked risks at scale. “Property owners, tenants, and managers are typically overlooked by the incumbent weather risk marketplace that focuses on agriculture and energy”, stated Ed Byrns, CEO, and Founder of The Demex Group. “Recent advances in cloud computing, big data, and blockchain have enabled us to deliver a simple, secure, and scalable platform that’s specifically designed for climate resiliency.” 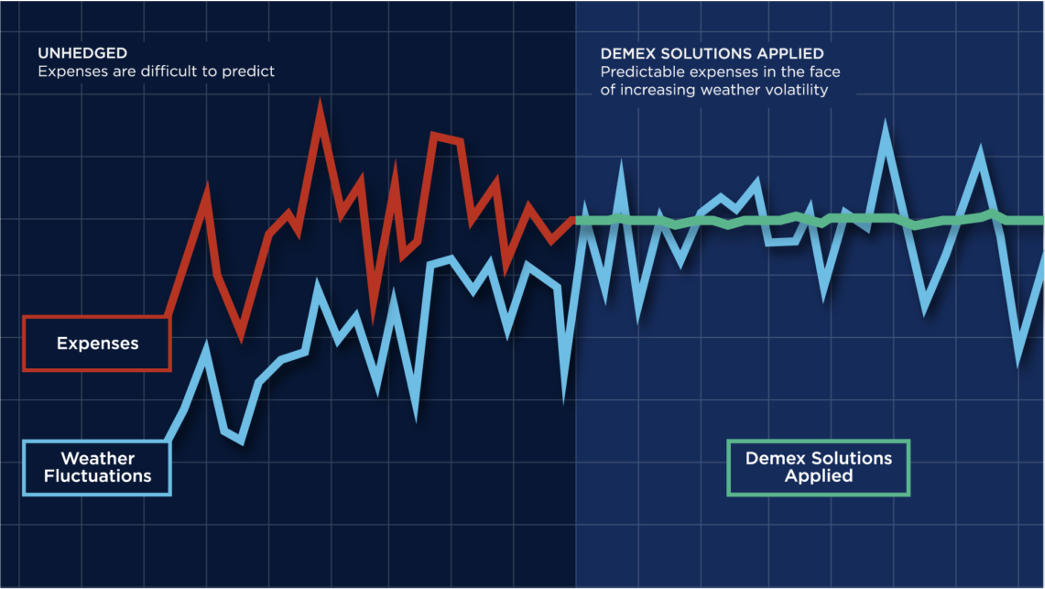